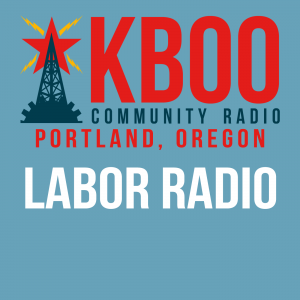 This is another long post, but I think it is largely self-explanatory; it is a letter from concerned KBOO members to the President and Vice-President of the Board of Directors of KBOO Radio. It follows several detailed and impassioned pleas at Board meetings; we have not begun in this heavy-handed way; we bring out the artillery, so to speak, only now. I have appended the WW article, which has several errors, not least the conflation of Staff with the Committee for a Free KBOO. See Savekboo dot org for details and background.
https://www.wweek.com/…/kboo-staff-members-are-petitioning…/

We appreciate your recent effort to remedy some of your errors as Board leaders, for instance by hiring an interim station manager. However, your record on the Board has instilled distrust, and we ask you to step down from the Board for the good of KBOO.

We therefore ask you to resign from the Board for the following reasons:

• You have violated KBOO's fiduciary trust by promising payments to parties without appropriate prior approval from the Board of Directors.

• You have hired outside consultants for dubious reasons, promising more than $13,000 for services including matters which should not require outside consultation (for instance, seeking legal advice to avoid complying with a request for the membership list that was clearly permissible according to bylaws); services that have been ill-performed (for instance, an unusable “attendance” policy, an inequitable position description); and apparent attempts to circumvent the staff union.

• You have failed to bring in any large donors, as is customarily one role of members of boards of directors.

• As noted below, your behavior in violating union agreements and singling out a union shop steward risks a costly lawsuit in response to unfair labor practices.

KBOO has long dedicated itself to equity, diversity, and serving historically marginalized communities. KBOO has exceeded EEO requirements for providing internships, training, and community education, and has also required all staff, board, and key volunteers to attend Beloved Community Anti-oppression trainings in alignment with the mission of radical equitable social change. (See https://kboo.fm/eeo-reports.) Yet your actions have turned the station away from egalitarian structures and from anti-racist aspirations.

• Our previous station manager had given nine months’ notice that she intended to resign. This would have been more than enough time to recruit someone to replace her who is aligned with KBOO values. Although she sought to work with you, her overtures were rebuffed. This was in spite of the fact that the station’s affirmative action plan stipulates that “KBOO shall provide on-the-job training for employees” (policy 13, section V), suggesting that employees should expect guidance and answers to their questions.

• In spite of this, you summarily fired her. Immediately afterward, in January 2019, you declared yourselves station managers in contravention of the bylaws (Article VI, Section 14) and without a vote.

• Without consulting staff, volunteers, or other board members, you released a revised, more authoritarian job description for the station manager that would give the position more power, contrary to current practice; for instance, language acknowledging that the station manager works with staff and volunteers (2017 description: “Help ensure KBOO programming is evaluated...” ) was revised to give the Station Manager sole responsibility (2019: “Evaluate KBOO programming...”).

• You removed equity language from the Station Manager position advertisement and failed to advertise the position in venues likely to reach underserved communities, in contravention of the station’s affirmative action plan and the values expressed in the program charter. (Affirmative action plan available here: https://kboo.fm/section-i-2-foundation-legal-requirements)

• After abruptly firing the PM News and Public Affairs Director in February, as self-appointed station managers you took no action to mend the rift that your action created with African American community members. Again, she had sought support in line with policy 13, section V, the station’s Affirmative Action policy.

Undermining the union and hostility to workers

• By not filling open staff positions, you reduced the number of workers represented by the union, since interim staff are not part of CWA.

• You flouted the station’s conflict resolution procedures to pursue a seemingly punitive investigation of a staff member. While policy allows for employees to be suspended and programs removed from the air for cause at the completion of a two-week process, in this case, instead, the staff member was placed on leave and taken off the air first, and the investigation has continued for eight weeks (so far). You also ordered an investigation to be conducted by an outside contractor who is widely believed to have a preexisting bias against that staff member and has no experience in such investigations. Should this case result in an attempt to terminate this employee, the resulting labor relations suit could be extremely costly and union officials believe it would likely result in the staff member’s reinstatement.

• A series of staff terminations, excessive discipline of staff, and hostility to staff have engendered distress and anxiety among workers. Despite the staff’s pleas with you to return to a spirit of cooperation, collaboration, and equity that has long been part of the station’s culture and in line with stated mission and values, you have maintained the lack of transparency and antipathy to staff. Your behavior toward the union has not reflected good faith.

Your actions have in some ways seemed to be attempts to remake KBOO in line with a more conventional and corporate business model. This runs entirely contrary to the stated mission, goals, and values of the foundation and station, and would be sadly misguided. Moreover, in light of the objections of staff, volunteers, and other members, your persistence at this point reflects hubris at best. At worst, your actions risk the stability and continuance of the station, and thus raise further questions about your possible motives.

We have over 500 signatures on a petition--more than enough to call for a special membership meeting in order to vote on removing you from the Board. If we have to send notice of this meeting to the membership and rent a suitably large venue, this will incur further expenses for the station. This can be avoided if you leave the Board voluntarily. In light of all we have stated here, and for the good of KBOO, we ask that you resign immediately from the Board of Directors.

Signed,
The committee for a free KBOO

This Labor Radio Collective Portal is Provided by The Portland Alliance

Call in to Labor Radio every Monday night at 6pm to join the conversation! 503 231 8187.Labor Radio, KBOO 90.7 fm
and checkout Labor Radio on Facebook!  https://www.facebook.com/KBOOLaborRadio

Update on June 3rd meeting;
The meeting was a vibrant example of democracy in action. It had conflict but pushed through to some very positive results. Somewhere around 50 members attended. At least 20 took the opportunity to speak and have themselves heard.

Many of the speakers gave moving testimonies of the positive impact Ani had in their lives at KBOO but also outside KBOO in the rest of their lives. A few testified to the opposite. The majority in the room were upset at her treatment, especially that she still did not know the nature of the allegation against her.

Instances of The Pres & VP working against instead of with the Union, resulting in Unfair Labor Practices filed because of their violations were also discussed.

Also addressed was the refusal by the Pres and VP of the Board to release the membership list to Linda Olson-Osterlund and their attempt to force her to meet with an attorney.

It was also revealed in the meeting, that the Pres. & VP, on the Station Manager Hiring Committee had hired an outside HR person to screen the over 100 applicants. This also is a violation of bylaws that require the screening to be done by the Board.This means the current hiring process must be scrapped.

By the end of the meeting the Board voted to release the list by a vote of 5 yes to 2 abstentions. Following that action the Board voted to have a Special Board Meeting Monday June 10th at 6pm at KBOO, 20 SE 8th Ave.
38 people have so far signed the petition to have the Pres and VP removed for cause.

THE PETITION IS NOW ONLINE:

Your Attendance at the June 10th meeting is Crucial. The President and Vice President are not backing down.
New revelations continue as we find out that the person who is investigating Ani is the same HR person screening station manger applicants and has demonstrated a history of bias against Ani. This investigation also must be scrapped and begun anew without prolonged loss of our volunteer coordinator.

The Pres & VP hired a new staff person with no notice to Staff or Union (another violation) and at a lower pay rate than Kboo's base pay rate of $15/hour.

The new Station Manager Job description, written without Union, staff or volunteer input or review, takes out all equity language as well as removing experience with radio or community organizations, and focuses instead on 'managing' a Unionized workplace. It removes strategic planning, and bizarrely has the station manager 'evaluating all programming' -- which is a full-time job in itself, and has always been the Program Director's purview - NOT the Station Manager.

The job did NOT used to be $50,000 a year. It would be good, in the interest of equity and the spirit of maintaining an equal pay style organization and recognize the inherent value of all employees' expertise, to have the salary be closer to that of the other employees (which is around $30k)

... Please Come to the June 10th Board Meeting. Sign the petition.  Listen and speak.

In Struggle,
Linda and FreeKboo