Peace Journalism is the Answer for Writers and for Nations

Introduction: At this time in history, war rages in numerous countries across the globe. Many people wonder what they can do to create any kind of positive difference to change the war machine that wastes so many resources and takes so many lives. How can we spread peace, when so much of war is reconstituted propaganda and stereotypes instead of truth? When the war machine rages with energy and fervor, we need an alternative that can produce a more positive effect. That alternative is peace journalism.

Peace journalism flourished in the early 1990s as a result of studies that mainstream media news about conflict and war have a ‘value bias.’ This bias perpetuates violence and discord, both politically and socially. Peace journalists provide sound ideas for correcting the bias which support war and encourages conflict. Alternative news media, working in partnership with mainstream journalists, charitable organizations, columnists, researchers and other media professionals, can make a difference.

When the United States is participating in wars in 27 nations and has 600 plus bases in virtually every major country, a pattern of war journalism begins to emerge. Too often, as we saw during the Iraq war, “embedded” journalists only repeat what they are told. And some time-honored conventions applied to conflict reporting are designed to mislead rather than to inform. This manner of reporting attracts a readership, but may not educate those readers or enlighten them. Instead, these so-called journalists produce pablum designed to support the war effort, along with selling newspapers, magazines and reviews. Peace journalists contend that there are other ways to impact how audiences understand a conflict. Truth-telling can be very powerful.

In much of war journalism, violence is typically presented as the problem, without consideration for what causes the violence:  cultural socialization, economic conditions, other conflicts or perhaps gender or religious bias. Ignoring the possibility of alternative explanations, false flags and corporate propaganda can lead to devastating and fatal conclusions, with civilians suffering the most. Since violence may erroneously be assumed to have no specific cause or verifiable explanation (according to "experts," conventional conflict reporting can lead viewers to conclude that the only "natural" or reasonable response to violence is more violence. More violence—presumed to be the only language some people understand—is not an appropriate remedy.

A prime example is the current conundrum we face with ISIS or ISIL. The headlines in most mainstream media in America claim we are being attacked by “evil terrorists who envy our freedom.” This rhetoric makes no sense and is not based on sound research into cultural and social dynamics. But when we examine recent history, the causes of the current violence, across the globe, becomes almost transparent. The United States, for the past eight years, has been destabilizing, attacking, invading and bombing mostly Muslim nations. Every drone strike launched kills fifty innocents per strike.

Many of these innocent victims have brothers, sisters, mothers, fathers, extended families, neighbors and friends who are devastated and permanently changed by the loss of a loved one, who for each person will always remain irreplaceable. In this rush to political and military aggression, the first victim has been common sense. We have been spending, as Americans, trillions of dollars on these wars of choice, while our own people go without. The homeless, women and children and of course troubled veterans who come back scarred and damaged, often beyond repair.

These trillions in funds came from American working people and are delivered to various munitions firms and others who are most accurately described as war-profiteers. In spending these trillions, when we do the math, we find millions of casualties as well as millions who are now refugees. These survivors are understandably unhappy, and America is seen as the exporter of this violence.

And we are reaping the whirlwind of poor choices, ethnocentrism and the elitist belief that we have the right to do these things; we invade other countries, other cultures and attempt to Westernize them, with no thought as to their nation’s sovereign rights and cultural traditions. As we interfere, and these conflicts grow and spread, the profiteers at the helm sell arms to both sides and rake in money and power. There is no incentive for peace and these wars of profit have become a tool for enriching a corporate elite who have little concern for the consequences of their actions.

American intelligence services have confirmed that it is our export of destabilization, aggression, munitions and terror which has created our worst enemies, globally. We armed various groups in pursuit of profits and now these same groups are using the arms we provided to attack innocents and create havoc, sometimes in their own countries.

Peace journalists and peace journalism can help create a positive chain by providing a sane perspective for understanding. This process can lead to an end of this spiralling violence by educating the public and encouraging organized citizen resistance. The end of these conflicts is the real work of these journalists and all those they impact with their writing. The solution is also with us: students, writers, and fellow activists. It is in our hands. 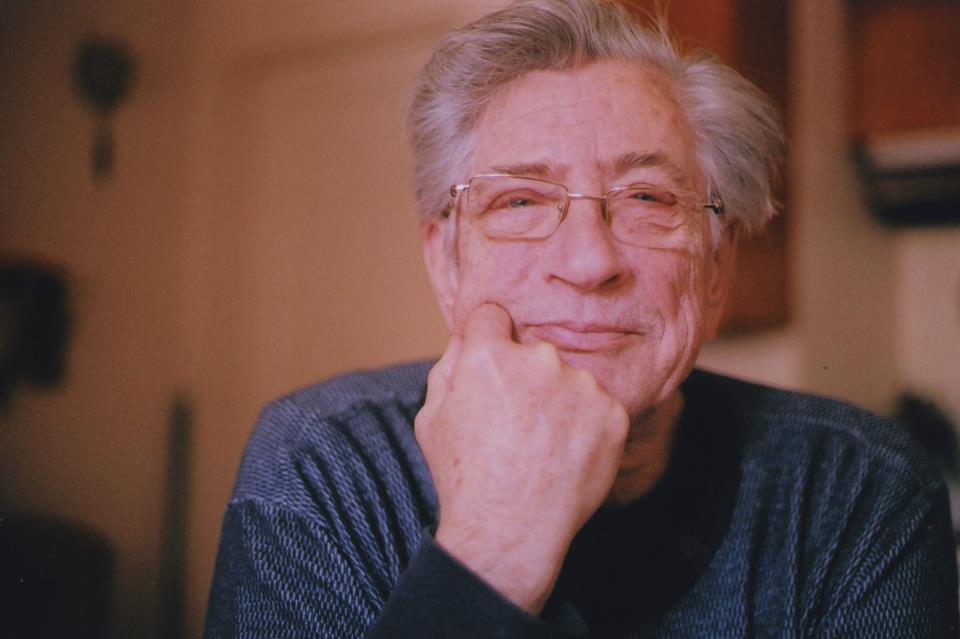 Don DuPay worked as a Portland Police officer from April 1961 to April 1978.

Don has published work in multiple venues along with a book, Behind the Badge, which provides vivid accounts of life as a PDX police officer.

DuPay is currently a husband, grandfather and retired activist formerly involved in the Medical Marijuana movement. He has had numerous articles and editorials published in local media outlets and continues to write and be published.

more of his work can be found here:  https://sites.google.com/a/pdx.edu/don-l-dupay/home