Religious myths, fear-mongering, and fortune-telling are based on blind faith.

It becomes necessary to dispense with imaginary friends and childhood diversions.
We can embrace mystery in a serenity of knowledge, Life is fine. “Our task must be to free ourselves...
by widening our circle of compassion
to embrace all living creatures
and the whole of nature and it's beauty.” 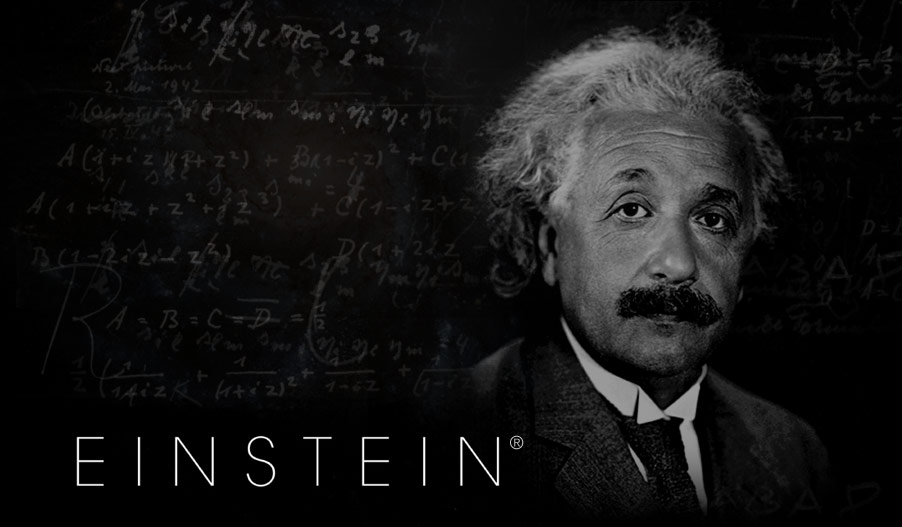 “The idea of a personal God is quite alien to me and seems even naïve.”

“The most beautiful experience we can have is the mysterious -
the fundamental emotion which stands at the cradle of true art and true science.”

“Everything must be made as simple as possible. But not simpler.”

“In the middle of difficulty lies opportunity”

“Love is a better master than duty.”

“Blind belief in authority is the greatest enemy of truth."

“Time is an illusion.”

“I never think of the future - it comes soon enough.”

“Once we accept our limits, we go beyond them.”

“Look deep into nature, and then you will understand everything better.”

“From the standpoint of daily life, however, there is one thing we do know: that we are here for the sake of each other - above all for those upon whose smile and well-being our own happiness depends, and also for the countless unknown souls with whose fate we are connected by a bond of sympathy. Many times a day I realize how much my own outer and inner life is built upon the labors of my fellow men, both living and dead, and how earnestly I must exert myself in order to give in return as much as I have received.”

“The word 'God' is for me nothing more than the expression and product of human weaknesses, and religious scripture a collection of honourable, but still primitive legends which are nevertheless pretty childish. No interpretation, no matter how subtle, can (for me) change this.”

“Blind belief in authority is the greatest enemy of truth."

“The ideals which have always shone before me and filled me with joy are goodness, beauty, and truth.”

“It seems to me that the idea of a personal God is an anthropological concept which I cannot take seriously. I also cannot imagine some will or goal outside the human sphere... Science has been charged with undermining morality, but the charge is unjust. A man's ethical behavior should be based effectually on sympathy, education, and social ties and needs; no religious basis is necessary. Man would indeed be in a poor way if he had to be restrained by fear of punishment and hope of reward after death.”

“The religion of the future will be cosmic religion. It will transcend personal God and avoid dogma and theology.”

"Nearly 60 years after his death, Albert Einstein is still making headlines. The launch of Einstein Archives Online — a more advanced repository of his work — is a long-term collaboration by Israel’s Hebrew University, which he co-founded, California Institute of Technology (Caltech), where he was a guest faculty member on several occasions, and Princeton University, where he was a faculty member, generated global attention on March 19. Eventually, over 80,000 documents held in Hebrew University’s Albert Einstein Archives and Caltech’s Einstein Papers Project will be available on the Internet. About 2,000 are currently available."

With this unfettered and unprecedented access, Einstein's passion about African American civil rights and his stand against racism are neglected by the mainstream press. It will be exciting to review correspondence between Einstein and W.E.B. Du Bois. This association is just the tip of the iceberg.

Einstein staunchly denounced racism and segregation in the United States, even as his health failed and his mortality drew nearer. A May 3, 1946 speech Einstein gave at historic Lincoln University, the alma mater of both Thurgood Marshall and Langston Hughes.  Then president Horace Mann Bond pointed out that Lincoln was, “the first institution found anywhere in the world to provide a higher education in the arts and sciences for male youth of African descent.” A young Julian Bond, Horace Mann Bond’s son, was there that day.

Einstein, spoke these words in “the Bloody Spring of 1946” because black men returned from World War II to the harsh reality that Allied forces had succeeded in saving the world from Hitler, but racism survived at home.

On February 25, 1946, William Fleming, a white radio repairman, assaulted Ms. Gladys Stephenson, a black woman, and her son James, a Navy veteran, defended her, resulting in both of their arrests. When some white men, including four policemen, headed towards the black side of town, known as Mink Slide, later that evening, they found that a group of veterans had organized themselves for self-defense, and shots were fired.

“African-Americans firing on white policemen was enough for the governor to rush in 500 State Troopers with submachine guns who attacked Mink Slide, destroying virtually every black-owned business in the four-square-block area, seizing whatever weapons they could find, and arresting more than one hundred black men,” writes Jerome.

Twenty-five of the black men arrested were indicted for attempted murder. Einstein immediately joined the National Committee for Justice in Columbia, Tennessee, headed by Eleanor Roosevelt and also supported by Mary McLeod Bethune, Adam Clayton Powell, Jr., Joe Louis, A. Phillip Randolph and Langston Hughes. With Thurgood Marshall serving as the chief defense attorney, 24 of the 25 men were acquitted.

But the violence didn’t stop in Columbia. On July 26, the Monroe, Georgia murder of two black men, one a veteran, and their wives was reported by the New York Times. As with the majority of these acts of domestic terrorism, justice was not served. Einstein was outraged enough to lend his prominence to actor and activist Paul Robeson’s American Crusade to End Lynching (ACEL) that September.

Despite being too ill to participate in the mass rally at the Lincoln Memorial on September 23, 1946 (the day after Lincoln proposed the preliminary Emancipation Proclamation in 1862), Einstein penned a brief letter to President Truman confirming his support of the ACEL.

“May I wholeheartedly endorse the aims of this delegation, in the conviction that the overwhelming majority of the American people are demanding that every citizen be guaranteed protection from acts of violence,” he wrote. That same month, Einstein penned a much longer letter in support of the National Urban League Convention that highlighted economic injustices, and other inequalities, experienced by black Americans.

Einstein was a friend to Robeson in the early 1950s when it was not popular to be in Robeson’s company. Three years before his death, an ailing Einstein invited Robeson to his home during a time when institutions throughout the nation canceled Robeson’s concerts and his country even refused to grant him a passport to travel as a result of his activism against racism.

When the Nassau Inn in Princeton refused Marian Anderson lodging during her 1937 concert, Einstein invited her into his home as a guest and they maintained a friendship. Anderson stayed in the Einstein home in 1955, just two months before his death. Before Einstein even came to this country permanently in 1933, he responded to a 1931 letter written to him by Du Bois, who had studied at the University of Berlin where Einstein was on the faculty, to write something small against racism to be published in The Crisis. Later, Einstein supported Du Bois even as Senator McCarthy placed him at the top of his list.

From the Scottsboro Boys case to numerous attempts to stop the execution of Willie McGee, a black Mississippi sharecropper accused of raping a white woman, and efforts to prevent New Jersey from extraditing Sam Buckhannon, a black Georgian who escaped a chain gang after serving 18 years for stealing a pack of cigarettes, Einstein used his fame to condemn American racism.

Big Al was a genius. His support for human and civil rights for African-Americans is one of his greatest contributions.

~From work by Ronda Racha Perice.

“Life is sacred, that is to say, it is the supreme value, to which all other values are subordinate.”

“All religions, arts and sciences are branches of the same tree. All these aspirations are directed toward ennobling man's life, lifting it from the sphere of mere physical existence and leading the individual towards freedom.”

“I am a deeply religious nonbeliever. This is a somewhat new kind of religion.”

“Striving for social justice is the most valuable thing to do in life.”

“To sense that behind anything that can be experienced there is a something that our mind cannot grasp and whose beauty and sublimity reaches us only indirectly and as a feeble reflection, this is religiousness. In this sense I am religious.”

“If tomorrow were never to come, it would not be worth living today.”

“Rejoice with your family in the beautiful land of life.”

“My sense of god is my sense of wonder about the universe.”

“The value of a man should be seen in what he gives and not in what he is able to receive.”

“Learn from Yesterday, Live for Today and Hope for Tomorrow.”

"The secret to creativity is knowing how to hide your sources."

"Education is what remains after one has forgotten
everything he learned in school."

"No problem can be solved from the same level of consciousness that created it."

"The important thing is not to stop questioning.
Curiosity has its own reason for existing."

"Reality is merely an illusion, albeit a very persistent one."

"Today, the practical applications of Einstein’s theories include the development of the television, remote control devices, automatic door openers, lasers, and DVD-players. Recognized as TIME magazine’s “Person of the Century” in 1999, Einstein’s intellect, coupled his strong passion for social justice and dedication to pacifism, left the world with infinite knowledge and pioneering moral leadership."  einstein.biz "People have only as much liberty
as they have the intelligence to want
and the courage to take.”
Emma Goldman

This part of the page needs editing .