To help with writing, editing and publication of the monthly issues, please contact editor@thePortlandAlliance.org or Donate! http://www.theportlandalliance.org/donate 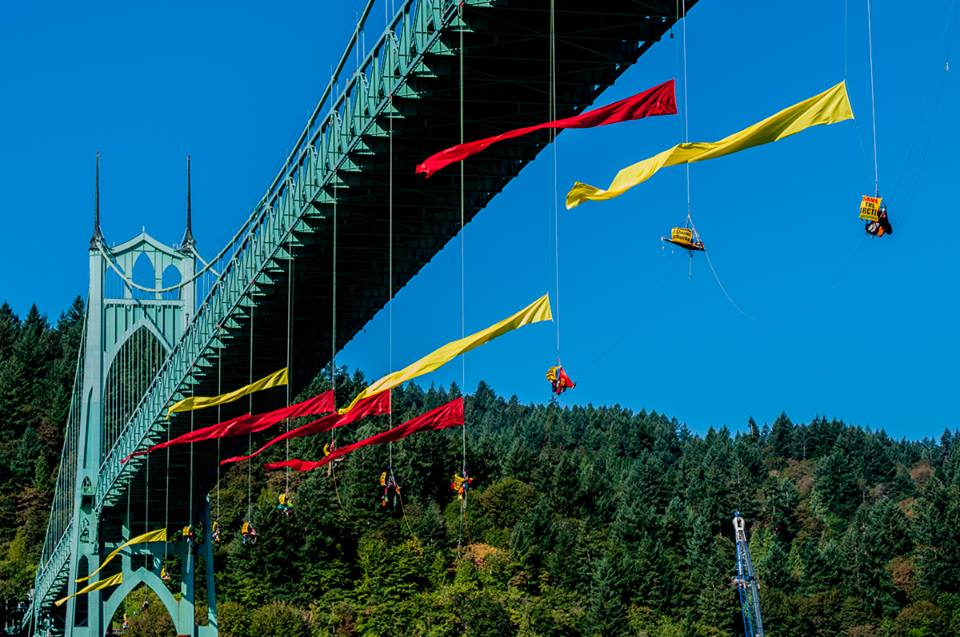 What an awe-inspiring, daring and utterly breath-taking direct action by Greenpeace activists at the St. John's bridge in Portland, OR. 13 courageous and determined GP activists rappelled from the bridge, and were suspended for over 40 hours in their attempt to stop or delay the Fennica, an ice-breaker owned by Shell Corp., bound for the Artic to be used for oil-drilling. They were supported by the "kayaktivists" who bravely tried to block the Fennica from sailing past the bridge, but were overwhelmed by the coast guard in their motorboats. We will always remember the beautiful image of this remarkable direct action of these activists hanging from the bridge, with their colored flags flying in the wind.

Stop Drilling in the Arctic! Obama betrayed us Again…

Why do people support Obama when he supports drilling in the Arctic, offshore drilling, murdering prisoners, 27 unnecessary wars of choice, the suspension of habeas corpus, sending illegal drones knowing each kills an average of fifty innocent people.

If you want this irresponsible drilling stopped, contact the most powerful man on the planet… as if if would do you any good.

with machine-guns, have been provided a license to kill at will and our president claims a “right” to kill anyone, anywhere, any time, for any reason or without providing any reason at all. This amoral and extralegal extortion has been extended abroad in more than 25 corporate wars of choice. And what is most terrifying is that the American people have surrendered to this betrayal and treason.  With innocents executed at home and abroad, we are under attack and must stand up and fight back.

The revolution has begun.  ~OO~       http://www.ThePortlandAlliance.org/afewwords

Take Action!  We are the change we seek!

There was an African funeral
at the Mississippi Street Fair

(aka the White Celebration
of Black Displacement)

for our siblings, Kendra James and Keaton Otis, lost to racist police murder.

We love and remember them.
find out more and get connected! 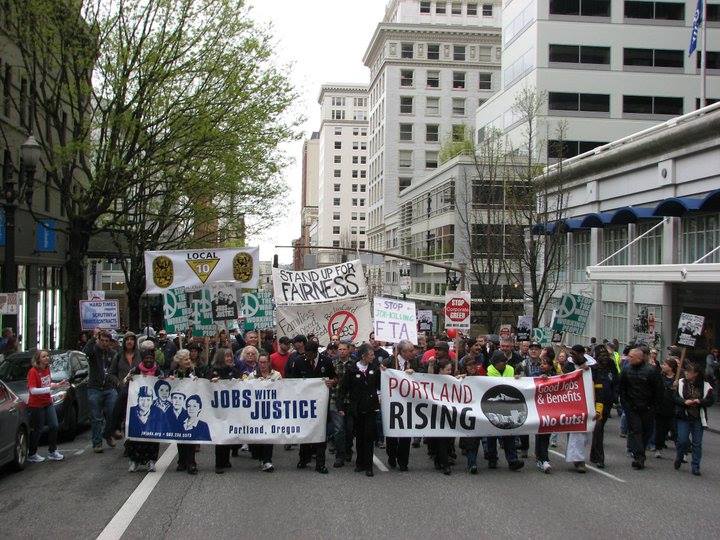 A campaign to win $15 for even more working people in Oregon is already underway.

the rest of the story:  www.ThePortlandAlliance.org/15NowPDX!

issues of police profiling. Now, a decade later, Oregon House Bill 2002 has been signed into law. Thank you Salome Chimuku for taking the baton this past year and racing to the finish line. Thank you, Representative Lew Frederick and Senator Chip Shields, for
leading the way this legislative session.
rest of story:

The Alliance Portal for The CIO:  http://www.ThePortlandAlliance.org/cio 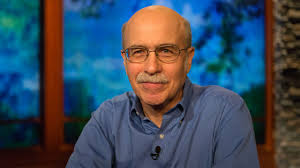 Should we laugh or should we weep? The latest tests of the most expensive fighter plane in history, the F-35, costing a reported $1.5 trillion (yep, you read that right) over the "life of the plane" (what life?), finds that it can't outmaneuver an aging F-16 in a mock dogfight! Talk about Pentagon pathos! Atta way to spend our money. Look at it this way, the F-35 may not be able to fly, but it's been a hell of a jobs program even if it's had less literal bang for the buck than just about anything around!     Tom

Scientists believe that this round of mass extinction is accelerating, and one way or another, it all traces back to us, whether thanks to the way we are changing the planet’s atmosphere or to what Kolbert terms a human-induced, often disastrous “intercontinental reshuffling of species.” In recent years, environmentalist and TomDispatch regular William deBuys set out to see the results of that aspect of mass extinction for himself, and what a grisly spectacle it proved to be.  In the process, he penetrated deep into the jungles of Laos in search of a deer-like creature you’ve undoubtedly never heard of that may -- or may not -- still exist.

It was an adventure of the first order, which deBuys depicts in his remarkable new book, The Last Unicorn: A Search for One of Earth’s Rarest Creatures. He captures both the grimness of what’s happening to animals of every sort in the distant forests of a land we’ve paid no attention to since the Vietnam War ended and the glorious beauty of the species we humans are indeed destroying.

Hear David Cobb speak:
Challenging Corporate Rule and Creating Democracy.
David is the chief spokesperson for Move to Amend, advocating for a 28th Constitutional Amendment saying that Corporations are not people and Money is not speech. Sponsored by Move to Amend Portland.
more info: http://www.ThePortlandAlliance.org/movetoamend

101 unarmed people killed by police in 2014.
Checkout their stories...

Take a look at this list!  It is a list of people (mostly unarmed people of color) who were killed by cops in 2014.

Some cases are more clear-cut than others, but all of them raise questions about the use of force — like shooting to kill — in policing. They also prompt scrutiny of how cops confront people with mental illnesses:

1. Darrien Hunt; Saratoga Springs, UT: Hunt was shot six times and killed after someone reported a man with a suspicious sword. Hunt, who had a fascination with Japanese anime characters, was carrying a toy sword. A recent autopsy report found the shots hit him in the back, suggesting he was running away from police on the scene.
https://thepeaceresource.wordpress.com/2015/06/10/101-unarmed-people-killed-by-police-in-2014/

Taking Action Against War at home and abroad...
In Washington, DC This September
RESIST! WARS AND MILITARISM    By World Beyond War, www.worldbeyondwar.org

Photo by National Campaign for Nonviolent Resistance
For our planet, the war-ravaged, and the poor we will sow the seeds of hope for

peace.
Guided by conscience, reason, and deeply held convictions, we call upon people of good will to come to Washington, DC
on Tuesday September 22, 2015 to actively participate in a witness of nonviolent civil resistance calling on Congress and the White House to take meaningful action as we confront the climate crisis, the unending wars, the root causes of poverty, and the structural violence of the military-security state.

There will be an occupation of a Congressional office, followed by direct action at the White House.

This week Zachary Crockett of the Priceonomics blog highlighted some eye-popping statistics on high-speed police pursuits -- you know, the kind that you see on COPS, or that local TV crews chase using helicopters. Here are the numbers that really stand out to me:
these crashes take about 323 lives each year. To put it in perspective, that's more than the number of people killed by floods, tornadoes, lightning and hurricanes -- combined.

...But the most shocking thing is that innocent bystanders -- meaning people not at all involved with the chase -- account for 27 percent of all police chase deaths, or 87 deaths per year.
get the whole story:  ThePortlandAlliance.org/police