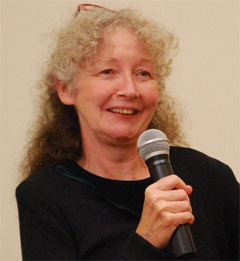 
We, in the United States, have yet to realize both the futility and immense consequences of war even as we develop, store, sell, and use hideous weapons. The number of children killed is rising.

At 9:30 in the morning of March 26, the entrance to a rural hospital in northwest Yemen, supported by Save the Children, was teeming as patients waited to be seen and employees arrived at work. Suddenly, missiles from an airstrike hit the hospital, killing seven people, four of them children.

Jason Lee of Save the Children, told The New York Times that the Saudi-led coalition, now in its fifth year of waging war in Yemen, knew the coordinates of the hospital and would have been able to avoid the strike. He called what happened “a gross violation of humanitarian law.”

The day before, Save the Children reported that air raids carried out by the Saudi-led coalition have killed at least 226 Yemeni children and injured 217 more in just the last twelve months. “Of these children,” the report noted, “210 were inside or close to a house when their lives were torn apart by bombs that had been sold to the coalition by foreign governments.”

Last year, an analysis issued by Save the Children estimated that 85,000 children under age five have likely died from starvation or disease since the Saudi-led coalition’s 2015 escalation of the war in Yemen.

“Children who die in this way suffer immensely as their vital organ functions slow down and eventually stop,” said Tamer Kirolos, Save the Children’s Country Director in Yemen. “Their immune systems are so weak they are more prone to infections with some too frail to even cry. Parents are having to witness their children wasting away, unable to do anything about it.” Kirolos and others who have continuously reported on the war in Yemen believe these deaths are entirely preventable. They are demanding an immediate suspension of arms sales to all warring parties, an end to blockades preventing distribution of food, fuel and humanitarian aid and the application of full diplomatic pressure to end the war.

The United States, a major supporter of the Saudi-led coalition, has itself been guilty of killing innocent patients and hospital workers by bombing a hospital. On October 3, 2015, U.S. airstrikes destroyed a Médecins Sans Frontières (Doctors Without Borders) hospital in Kunduz, Afghanistan, killing forty-two people. “Patients burned in their beds,” MSF reported, “medical staff were decapitated and lost limbs, and others were shot from the air while they fled the burning building.”

More recently, on March 23, 2019, eight children were among fourteen Afghan civilians killed by a U.S. airstrike also near Kunduz.

Atrocities of war accumulate, horrifically. We in the United States have yet to realize both the futility and immense consequences of war. We continue to develop, store, sell, and use hideous weapons. We rob ourselves and others of resources needed to meet human needs, including grappling with the terrifying realities of climate change.

We should heed the words and actions of Eglantyne Jebb, who founded Save the Children a century ago. Responding to the British post-war blockade of Germany and Eastern Europe, Jebb participated in a group attempting to deliver food and medical supplies to children who were starving.

In London’s Trafalgar Square, she distributed a leaflet showing the emaciated children and declaring: “Our blockade has caused this, - millions of children are starving to death.” She was arrested, tried, convicted, and fined. But the judge in the case was moved by her commitment to children and paid her fine. His generosity was Save the Children’s first donation.

“Every war,” said Jebb, “is a war against children.

A Teacher in Kabul

Here in Kabul, one of my finest friends is Zekerullah, who has gone back to school in the 8th grade although he is an18-year old young man who has already had to learn far too many of life’s harsh lessons.

Years ago and miles from here, when he was a child in the province of Bamiyan, and before he ran away from school, Zekerullah led a double life, earning income for his family each night as a construction crew laborer, and then attempting to attend school in the daytime.  In between these tasks the need to provide his family with fuel would sometimes drive him on six-hour treks up the mountainside, leading a donkey on which to load bags of scrub brush and twigs for the trip back down. His greatest childhood fear was of that donkey taking one disastrous wrong step with its load on the difficult mountainside. 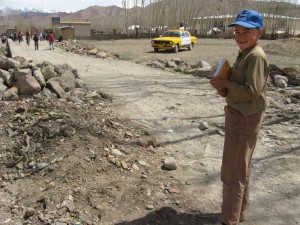 And then, after reaching home weary and sleep-deprived and with no chance of doing homework, he would, at times, go to school without having done his homework, knowing that he would certainly be beaten.  When he was in seventh grade, his teacher punished him by adding 10 more blows each day he came to school without his homework, so that eventually he was hit 60 times in one day.   Dreading the next day when the number would rise to 70, he ran away from that school and never returned.

Now Zekerullah is enrolled in another school, this time in Kabul, where teachers still beat the students.  But Zekerullah can now claim to have learned much more, in some cases, than his teachers.

Much to the surprise of his environmental studies teacher, Zekerullah has a strong grasp of issues related to the environment.  For the past two years, living with the Afghan Peace Volunteers, he has occupied himself with presentations and conversations about global warming, climate change, and environmental degradation.  He cares deeply about the issue.

Last winter, I was with him as he watched the entire BBC Blue Planet series of videos, and realized that he hungers for more information and deepened understanding about issues hitting far beyond his own beleaguered country.

When his new teacher, a teacher accustomed to beating pupils, asked the class elementary questions about the environment, Zekerullah had definitely done his homework.  But among his other recent studies were the history of nonviolent movements, led by people like Gandhi and Dr. Martin Luther King, to resist oppressive forces.   So without calling any attention to his plans, Zekerullah decided to join the line of students singled out for punishment, in his environmental studies class, even though he wasn’t at fault and didn’t deserve to be punished.  The teacher was befuddled.  Zekerullah so clearly knew the answers.

Zekerullah calmly explained to the teacher that he also knew, from experience, that beating students doesn’t help them learn, that he 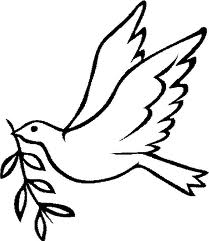 himself had lost four years of studies because he could no longer bear the beatings.  He respectfully asked the teacher to beat him instead of the next seven students in the row.

The teacher obliged, administering blows to Zekerullah while his fellow students began to wonder about and admire Zekerullah’s unusual stance.  Perhaps for the first time in a long while, everyone in that class was learning something.

For several weeks, the teacher was confronted with Zekerullah’s quiet insistence that he be allowed to take the blows in place of students who hadn’t studied.  The teacher tried to ignore him and belittle him. Once, the teacher punished him and a few others with the escalated punishment of using a rattan cane to inflict the blows.  Adding salt to the wound, the teacher even failed Zekerullah in the mid-year exams, though Zekerullah said he knew the answers and had no trouble finishing the exam.

I asked him what other students thought about his choices.  He said that some of them wanted to spare him from being punished, and so they began to study more and complete their homework. He isn’t sure what impact his actions have had. Zekerullah isn’t inclined to brag.  But he surely has affected me.

He is also affecting other vulnerable young Afghans.  Over the past two years, Zekerullah has worked hard to improve his studies, and with the literacy he has acquired, he now volunteers to teach a literacy class at the APV's Borderfree Center for about 20 street kids who have not had the opportunity to go to school regularly.  He and several companions have organized other aspects of the “Street Kids” program, visiting children in their homes and helping distribute oil and rice to each family so that the children can stop working on the streets.

Zekerullah tells me that the current education system in Afghanistan is not a good learning environment. His story alerts educators, officials and the international community to understand that the relatively small funds spent on badly-constructed new school buildings won’t suffice to provide a good education for the young Afghan population. Moreover, the predominantly militarized approach of aid and development, even in the field of education, reinforces the prevalent methods of teaching by force and punishment.

Zekerullah yearns for knowledge as well as justice, and he’s willing to sacrifice for both.  I want to learn from him.

Kathy Kelly, Kathy@vcnv.org, writes for PeaceVoice and co-coordinates Voices for Creative Nonviolence (www.vcnv.org).
While in Kabul, she is a guest of the Afghan Peace Volunteers (ourjourneytosmile.org)

A Teacher in Kabul