The Far North, Portrait of the Arctic

Summary: In his first solo Portland exhibit in 3 1/2 years, Portland artist and photographer Larry Cwik will present his newest project, The Far North, Portrait of the Arctic, at the Northview Gallery of Portland Community College – Sylvania Campus.  The show will run from October 5 - November 7, 2015.  It will include 25 large framed limited edition color photographic works.  Cwik will also debut at the Northview Gallery a four minute and 10 second high-definition color video with sound as part of the project.  Artist talk:  Thursday November 5, 2015, 1 pm, followed by an artist reception at 2 pm.
Details: The work of Larry Cwik traverses the five coastal nations of the Arctic, capturing the ingenuity and challenge of life and the changing conditions of the region. Though remote and little-visited by outsiders, the ecology of the Arctic is critically intertwined with the ecology of the Northern Hemisphere—and the planet as a whole.  This exhibit provides a necessary and timely window into this remote, foreboding and beautiful place, as photographed during Cwik’s travels throughout the U.S., Canada, Greenland, Norway, and Russia.  Cwik’s large-scale limited-edition photographs stir reflection about our global relationship to the people and ecology of the Far North, and remind us of the delicate interconnectedness of our planet’s people and places.  The Arctic and its peoples and wildlife are already undergoing changes due to accelerated global climate change.
Cwik has made seven trips to the Arctic to work on the project.   The importance and timeliness of the project is shown by increasing geopolitical tussling by Russia and Canada over potential Arctic resources, annual visits by Canadian Prime Minister Stephen Harper to his country's Arctic, and by the September 3, 2015 visit by President Barack Obama to Alaska’s Arctic – the first-ever visit to Alaska's Arctic by a sitting U.S. President.
After the project's presentation at Portland Community College the show will travel to the Glenn & Viola Walters Cultural Art Center, 527 East Main Street, Hillsboro, Oregon 97123, where it will be exhibited from December 1, 2015 – January 5, 2016.  First Tuesday artist reception at the Walters Cultural Art Center will be December 1, 2015 from 5 – 630 p.m.  Walters Center hours: Monday through Thursday from 9 am to 9 pm and Friday from 9 am to 5 pm. Free admission. Telephone: (503) 615-3485
The project is funded in part by a grant from the Regional Arts & Culture Commission.
Dates of Northview Gallery exhibit: October 5 - November 7, 2015
Northview Gallery address: Portland Community College - Sylvania Campus, 12000 SW 49th Avenue, CT 214 Building, Portland, OR  97219.  Web: http://www.pcc.edu/about/galleries/sylvania/
Northview Gallery hours: Monday - Friday from 8 am - 4 pm and Saturday from 12 - 4 pm
Northview Gallery Artist talk:  Thursday November 5, 2015, 1 pm
Northview Gallery Artist reception:  Thursday November 5, 2015, 2 pm
Cost: free
Information on the artist:  Cwik's work has been presented in more than 100 exhibits since 1983 in the U.S., Canada, Mexico, Europe, and Asia and is included in the collections of the Portland Art Museum, the Regional Arts and Culture Commission, the Bank of America, and the Bibliotheque Nationale de France.  It has been published in Northwest Magazine, Impulse Magazine, La Fotografia (Spain), People's Photography (Beijing) and online via the La Lettre de la Photographie, The Eye of Photography, and the Artsillustrated.com blogs. 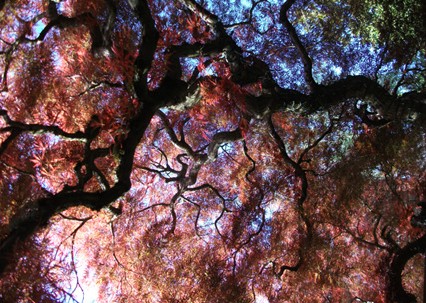