This is one feature article from the Lakota Country Times, Please go to www.LakotaTimes.com to read the rest! 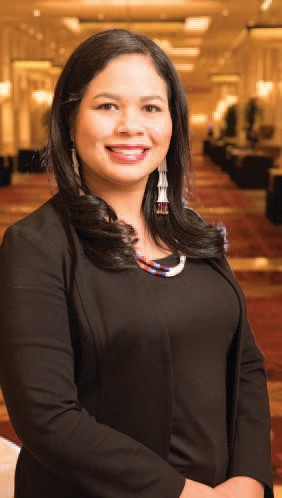 In addition to her work as NACA’s Interim Executive Director, Lillian Sparks Robinson is also the CEO and Owner of Wopila Consulting, LLC, an American Indian and woman owned small business that provides a wide range of specialized consulting and strategic development services to federal, state, and tribal government clients. Photo courtesy of The National Center for American Indian Enterprise Development. This is

Mrs. Sparks Robinson began her tenure with the organization on Monday, September 10 after being selected by the NACA Board of Directors.

Mrs. Sparks Robinson is a member of the Rosebud Sioux Tribe and has served as an advocate for American Indian, Alaska Native, and Native Hawaiian communities for many years. She is the former Commissioner of the Administration for Native Americans, appointed by President Obama in 2010, and holds an extensive record of dedicated work in Washington, D.C. related to policy and programs promoting education and economic development in American Indian, Alaska Native, and Native Hawaiian communities. Lillian, a current small business owner, has received several awards in recognition of her excellence in performance, including American Indian Woman of the Year. In prior years she held a position as Staff Attorney for the National Congress of American Indians and currently sits on the Board of Directors for the National Center for American Indian Economic Development. Having served as Executive Director of the National Indian Education Association, Lillian’s non-profit management, policy, and advocacy experience is necessary to advance the NACA mission.

In the coming months, she will play an instrumental role in the NACA Annual Federal Contracting Policy & Advocacy Conference production. As the incumbent Executive Director, her duty will also engage in the search and hire of permanent leadership.

The foregoing Executive Director, Michael G. “Keawe” Anderson, served the organization for over three years. His departure is amicable and the organization will continue to work alongside Mr. Anderson as he has taken a position with a NACA member company. During his time with NACA, Mr. Anderson was able to make notable strides in the expansion of government contracting opportunities for members. His accomplishments and time are well valued by the NACA Board of Directors and membership, with special attention to his dedication to the American Indian, Alaska Native, and Native Hawaiian communities.

In the continuing months the Interim Executive Director and NACA Board of Directors will seek out qualified candidates with interest in serving the organization.