http://www.ThePortlandAlliance.org/ISIS
"The United States has been bombing Iraq on and off
for nearly a quarter century and things have
only gotten worse for the people of Iraq,
the security interests of Iraq’s neighbors
and, ultimately, for the United States."

It happened so fast that, at first, I didn’t even take it in.

Two Saturdays ago, a friend and I were heading into the Phillips Museum in Washington, DC, to catch a show of neo-Impressionist art when we ran into someone he knew, heading out. I was introduced and the usual chitchat ensued. At some point, she asked me, “Do you live here?”

She smiled, responded that it, too, was a fine place to live, then hesitated just a beat before adding in a quiet, friendly voice: “Given ISIS, maybe neither city is such a great place to be right now.” Goodbyes were promptly said and we entered the museum.

All of this passed so quickly that I didn’t begin rolling her comment around in my head until we were looking at the sublime pointillist paintings of Georges Seurat and his associates. Only then did I think: ISIS, a danger in New York? ISIS, a danger in Washington? And I had the urge to bolt down the stairs, catch up to her and say: whatever you do, don’t step off the curb. That’s where danger lies in American life. ISIS, not so much.       http://www.theportlandalliance.org/engelhardt

Unthinkable Thoughts
in the Debate About ISIS in Iraq

What unites marginalized Sunnis in Iraq and the hardcore ideologues within ISIS is their desperation to be rid of Prime Minister Nouri al Maliki, who has left them with no choice but to operate outside of the political system in order to better their lives. (Photo: EPA)

This week Iraq emerged from the recesses of American memory and became a hot topic of conversation. Alarming headlines about ISIS’s “takeover” of Mosul and their march towards Baghdad have elicited a number of reactions: The most conservative call for direct US military action against ISIS to ensure that the government of Prime Minister Nouri al Maliki remains stable in Baghdad. The most liberal lament the ongoing violence and divisions in Iraqi society caused by the US occupation; though they make no attempt distinguish between the violence of ISIS and the violence of the Maliki government.

This range of ideas and perspectives is fascinating, and it says much about American war culture, but mostly for the ideas and perspectives that are omitted from this debate. Entirely absent is the perspective of Iraqis and the issues that are important to them: accountability, independence, and resistance. Moreover, the real complexities of this issue have been lost in a number of the Western media’s favorite binaries: terrorism vs. counterterrorism, good vs. evil, and insurgency vs. stability.

If we dare to take Iraqi voices seriously and think outside of the dominant framework presented to us by the mainstream media, a very different picture of the violence in Iraq emerges and a whole new range of options open up for achieving peace and justice. 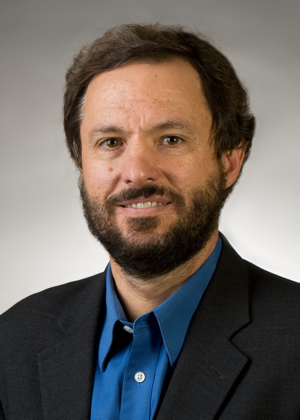 Already, U.S. planes and missiles have been attacking the so-called Islamic State (ISIS) forces in northern Iraq. Given the threat of a genocidal campaign against Yazidis and other minorities and the risks of ISIS control expanding into the Kurdish region, even some of those normally averse to unilateral U.S. military intervention abroad have considered it the lesser of two evils.

Within days, however, there were already indications of “mission creep,” as what had been officially declared an exclusively defensive mission turned offensive when the United States provided air support for Kurdish and Iraqi forces, which seized the Mosul Dam from ISIS forces.

It is not surprising, therefore, that there is skepticism regarding this use of military force. Even if one can make a convincing strategic case for such a military operation, the failure of President Obama to go before Congress for authorization of this renewed military intervention in Iraq is extremely disturbing.

Ironically, President Obama has been getting high-profile criticism from those wishing he had been more aggressive with projecting American military power. For example, in a well-publicized interview in The Atlantic, former Secretary of State Hillary Clinton blamed the rise of ISIS on Obama’s failure to sufficiently arm and support the so-called moderate rebels of the Free Syrian Army (FSA).

Such a charge defies logic, however. The FSA consists of literally hundreds of separate militia without a central command, largely composed of relatively inexperienced fighters, who would have been no match for the well-armed, experienced, disciplined fighters of ISIS, regardless of the amount of weapons the U.S. might have provided. In fact, it was an awareness of ISIS’s potential dominance of the Syrian rebel movement that served as an important reason why the Obama administration didn’t go beyond the relatively limited arming and training of a few small groups affiliated with the FSA.

Indeed, part of ISIS’s military prowess comes from weapons they captured from overrunning FSA positions and from their ranks supplemented by FSA fighters who, in the course of the three-year battle with Assad’s forces, became radicalized and switched sides.

In any case, ISIS has found an even stronger foothold in Iraq than Syria, a direct consequence of the U.S. invasion and occupation. In a profile of ISIS leader Abu Bakr al-Baghdadi, a one-time moderate Sufi turned Salafist extremist, the New York Times observed, “At every turn, Mr. Baghdadi’s rise has been shaped by the United States’ involvement in Iraq — most of the political changes that fueled his fight, or led to his promotion, were born directly from some American action.”

Almost immediately after the 2003 invasion, U.S. occupation forces systematically dismantled the country’s secular national institutions, which were quickly filled by both Sunni and Shia extremists (actions which Hillary Clinton, as a U.S. Senator, strongly supported).

The biggest division among Iraq’s Arabs, however, is not between Sunnis and Shias but between nationalist and sectarian tendencies within both communities. Under the corrupt and autocratic U.S.-backed Prime Minister Nouri al-Maliki, Shia sectarians dominated. This resulted in an initially nonviolent Sunni backlash, which was met by severe government repression. This backlash was eventually hijacked by ISIS, which rid the major Sunni-dominated cities of government control.

Whether the new Iraqi leadership will actually be willing, or able given pervasive U.S. influence, to rid the government of Shia hardliners and become more inclusive, pluralistic, and democratic remains to be seen.

Ironically, the eventual demise of ISIS will more likely stem from the group’s own fanaticism than from any action by Baghdad or the U.S. ISIS—which even the Al-Qaeda network believes is too extreme—sees not just those who aren't Sunni Muslims as "infidels," but anyone who doesn't subscribe to its extremist ideology. Since almost everyone under its rule is therefore at risk, the prospects of the Iraqi and Syrian people eventually rising up against ISIS is high. In fact, Syrian nonviolent activists have already been openly defiant of ISIS. Had the active nonviolent coalition groups in Syria received material or diplomatic support from the beginning, instead of Clinton’s “moderate” rebels, they may have been able to prevent or mitigate the rise of ISIS altogether.

Massive Western military intervention will likely create a backlash that could strengthen political support for the extremists. The United States has been bombing Iraq on and off for nearly a quarter century and things have only gotten worse, for the people of Iraq, the security interests of Iraq’s neighbors and, ultimately, for the United States. Just as Sunni tribal leaders were more effective than either U.S. forces or the Iraqi government in driving out Al-Qaeda from northwestern Iraq in 2007-2008, they may also be the key, along with nonviolent civil society, in ridding their region of ISIS and any other actual or potential threats.

Stephen Zunes, syndicated by PeaceVoice, is a professor of politics at the University of San Francisco, where he serves as program director for Middle Eastern Studies.
A version of this article originally appeared in The Progressive.